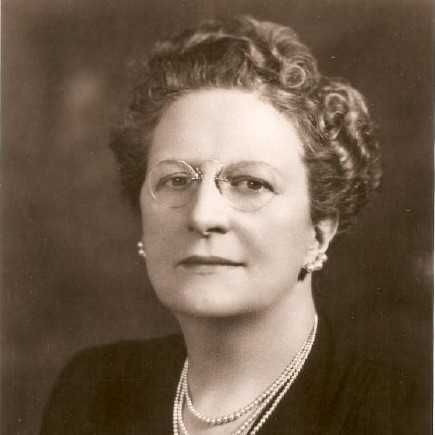 When women finally secured the right to vote in 1920, they did not receive a responsibility we now commonly associate with being registered to vote. That is jury duty. Sara Whitehurst helped change that when she secured the right for women on the jury. Join us for this episode of Ballot & Beyond to learn more about the fight for women on the jury.

This week on Ballot and Beyond, we’ll learn about Sarah A. Whitehurst, the women largely responsible for extending the honor of serving on a jury to Maryland women, read by Elly Colmers Cowan, Director of Advocacy at Preservation Maryland.

When women won the right to vote in 1920, many women’s rights advocates assumed that they had also automatically won all of the other rights of citizenship, yet, their new rights did not extend to sitting on a jury.

Although bills were introduced soon after sufferage, the opposition was just as swift, with many men saying that women should be protected from the unsavory testimonies they might hear.

In 1922, one Maryland legislator warned, “Ladies, you know not whereof you speak. Jury service is a revolting thing. You will be forced to hear horrible things, to listen to tales of vice and sagas of corruption. Your dainty ears will be filled with stories which will keep you awake at night. In addition to that, it’s no job for a woman.”

And the prospect of jury duty was not particularly popular with women either, organizers learned. In the words of one, they, “Would first have to sell the women before they sold the men.”

It would take a coalition of Maryland club women to convince them.

Sara A. Whitehurst of Baltimore was president of the Maryland Federation of Women’s Clubs from 1930 to 1932. She and two other women, Genevieve Wells and Dorothy Shipley Granger, led the Maryland Committee for Jury Service, an umbrella group of 30 women’s groups.

They took up the same tactics that had won them the vote, organizing and testifying. At one point, they marched to the state capitol in Annapolis.

As suffragist Elizabeth Cady Stanton said, “The history of the past is but one long struggle upward to equality.”

The law finally passed in 1947 and Judge Calvin Chesnut impaneled two Baltimore women on the federal grand jury. A few days later, a Baltimore city judge seated three women on a jury calling it, “An important day in the development of justice.”

Meanwhile, Sara Whitehurst had gained a national reputation. In 1933, she was appointed to the Board of Regents of the University of Maryland where she served until 1966.

Photo of the first all-woman jury in 1948, Baltimore, MD. Courtesy of The Baltimore Courthouse and Law Museum.