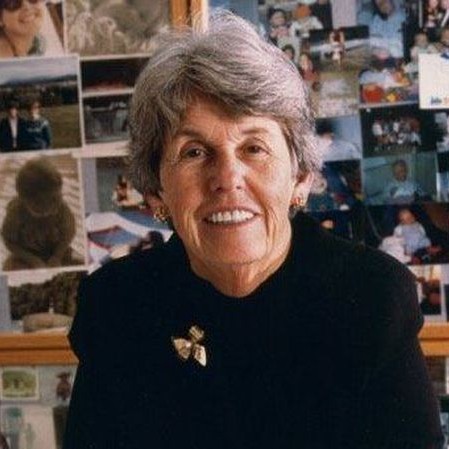 Sally J. Michel was a great champion of protecting the environment and providing access to Baltimore’s outdoors to the city’s youth. She lived by the motto: Help us to remember that what we keep, we lose, and only what we give remains our own.

Sally Michel was an understated force who helped to make a city.

In the 1970s, she won a $20 auction bid to have lunch with then-Mayor, William Donald Schaefer.

It turned into a lifelong collaboration of creative problem-solving and coalition-building, her daughter, Carter Brigham, wrote.

Mayors, congressmen, and young Baltimore City children all came under her purview. Her dinners and salons generated ideas that grew into much of the landscape and institutions of modern-day Baltimore.

During her lifetime, she was on the board of 57 local and state organizations, chairing 19 of them. They included the Walters Art Museum, the University of Maryland School of Social Work, and the Baltimore Planning Commission that developed the National Aquarium, Centerstage Theater, and Harbor Place. She was a founder and supporter of the Baltimore School for the Arts, which opened in 1979 and introduced thousands of influential Baltimorians to the school.

In 1983, Mayor Schaefer asked Michel to develop a private-public partnership to enhance the city’s parks. The result was the Parks and People Foundation, which became a national model for urban parks, recreation, and community environmental work.

She also worked to establish the Baltimore Chesapeake Bay Outward Bound School. More than 77,000 people have gone through the program held at Leakin Park.

In 1996, she organized SuperKids Camp an enriched reading program for elementary school children to provide experiences that also included horseback riding, sailing, music, acting, and painting. She gave every super camper a copy of The Little Engine That Could.

And every day of her adult life, she repeated her high school motto: Help us to remember that what we keep, we lose, and only what we give remains our own.

Sally Michel at the ONE PARKS awards at Parks & People Foundation, 2012. Photo from Friends of West Baltimore Squares.