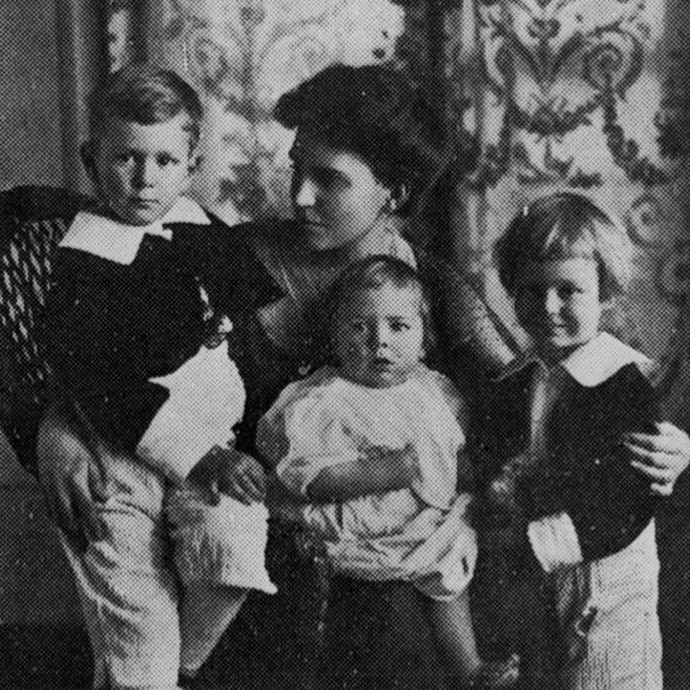 This episode of Ballot and Beyond, contributed by the Maryland Women’s Heritage Center, was written and is being read by Dr. Amy Rosenkrans.

Women from all parts of the state fought to gain the right to vote. Elizabeth Forbes of Harford County was one of those women. While many in her social situation may have preferred to remain at home and quietly participate in local clubs, Elizabeth advocated for woman suffrage on the local, state, and national level. That advocacy even landed her in a Washington, D.C. Jail. Forbes and the other women who served time in jail for the suffrage cause, were awarded a small silver “Jailed for Freedom” pin. As the only Harford County suffragist who served time in jail, she became affectionately locally known as the “Jailbird.”

While the center of Maryland’s suffrage movement was in Baltimore, women from all parts of the state fought to gain the right to vote.  Most of them have been forgotten or lost to history.

Elizabeth Forbes of Harford County was one of those women.  While many in her social situation may have preferred to remain at home and quietly participate in local clubs, Elizabeth advocated for woman suffrage on the local, state and national level.  That advocacy even landed her in a Washington, D.C. Jail.

Born in Chicago, Elizabeth Hamilton Chew moved to Maryland in 1906 after marrying Baltimorean, Theodore Forbes.  By 1908, the couple was splitting their time between Baltimore City and their Fallston farm, “Rochelle.”  Despite the fact that she was the mother of a growing family, Elizabeth immediately jumped into the Harford County social scene.

In 1912 Elizabeth and others founded the Harford County chapter of the Just Government League,a large and active state organization, and was elected its first Vice President.  She was often seen driving her car to rallies, monitoring election polls, and handing out literature at local events such as flower shows and horse races at “The Graw,” Havre de Grace’s Racetrack.

By March 1913, Elizabeth was identified by the local newspaper, the Harford Democrat as one of the  County’s most “enthusiastic of suffragettes.”  As the Suffrage Movement grew in Harford County,  Forbes and her colleagues, brought demonstrations of “Silent Speech” to the area as they attended local events such as Oyster Suppers and  the Steeple Chase Races at My Lady’s Manor.  In 1915, she was the hostess for the Just Government League’s Prairie Schooner Campaign through Harford County, greeting the pilgrims who traversed the county in a horse drawn covered wagon decorated with “VOTES FOR WOMEN” flags. In addition to making arrangements for the human pilgrims on the campaign, Elizabeth also hosted the horses, Susan B. and Margaret B., at her family farm as they recuperated from the week-long trek.

Elizabeth was also active at the state and national levels. For example, she attended the March 1913 Suffrage Parade in Washington DC, numerous state conventions and served on committees that helped raise awareness and funds for the suffrage cause. In recognition for her contributions at the state level, Forbes was selected as a MD representative to the 1916 NAWSA National Convention where she served in the honor guard for President Wilson.

Eventually, Forbes became frustrated with the lack of success of the National American Woman Suffrage Association and joined the more militant National Woman’s Party.  Along with other Marylanders, she traveled to Washington DC to participate in demonstrations outside the White House.  On February 9, 1919 she was one of 65 women who was arrested for burning President Wilson in effigy at a Watchfire Demonstration.  She was sentenced to five days in the District Jail.

After the ratification of the 19th Amendment, Forbes continued her work with the National Woman’s Party where she served as the organization’s treasurer.  At the state level, she served in various offices as the organization successfully fought to have MD approve the Equal Rights Amendment.  In 1961 when Governor Tawes signed the Equal Rights Amendment, making Maryland the 4th state to ratify it, Elizabeth Forbes was present. Tawes presented her the gold pen he used to sign, as a token of her 40-year fight for equal rights for women.

Elizabeth Forbes, Harford County’s “Jailbird,” is no longer lost to history.  Her legacy lives on in the many local women who continue to advocate for women’s rights today.