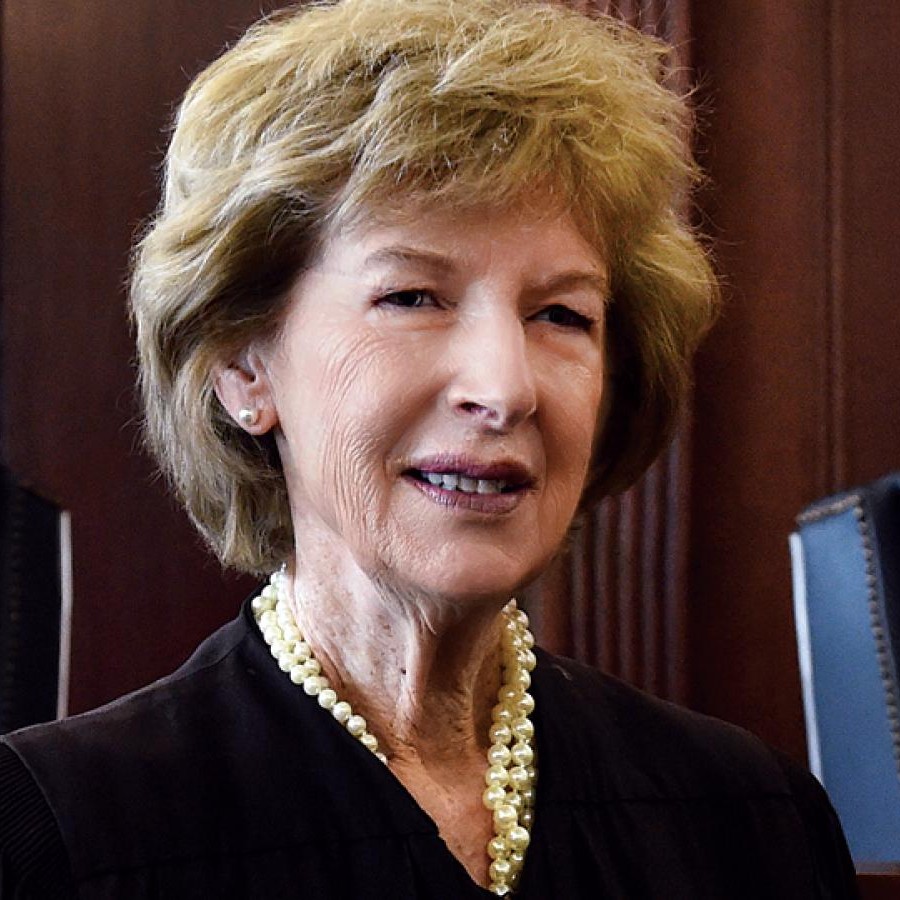 Judge Diana G. Motz was the first Maryland woman appointed to the U.S. Court of Appeals for the Fourth Circuit. She believes that her experiences as the rare woman in the classroom and in the courtroom later benefitted her as a judge. As a member of The Federal Bench, one of Judge Motz’s signature opinions arose in a case that dealt with the outright prohibition of women to the Virginia Military Institute. Listen now to this episode of Ballot & Beyond to hear how Judge Motz works on protecting women’s rights.

This week on Ballot and Beyond, we’ll learn about Judge Diana Motz, an advocate for equality in educational opportunities for women, read by Kimberly Golden Brandt, Director of Smart Growth Maryland at Preservation Maryland.

When President Clinton tapped Judge Diana Motz of the Maryland Court of Special Appeals for a seat on the Federal Appellate Bench, one step before the Supreme Court, she thought he had made an error and referred the administration to her husband, Judge J. Frederick Motz, a prominent federal trial judge.

There was no mistake.

And in 1994, she became the first Maryland woman appointed to the US Court of Appeals for the Fourth Circuit.

By then, she had years of experience being a pioneer in law. At the University of Virginia School of Law, she was one of just two female students in a class of approximately 250 people. After graduation, she worked at a major law firm where she was the only female attorney. When she argued cases in court, she was routinely the only female in the room amid judges, lawyers, clerks, and court reporters, and she had been just the third woman to serve as a judge on the Appellate Bench in Maryland.

As a member of The Federal Bench, one of Judge Motz’s signature opinions arose in a case that dealt with the outright prohibition of women. For more than 150 years, the Virginia Military Institute had offered a premier education dedicated to preparing the students for leadership in civilian life and military service. Despite being a public institution that received federal funds, VMI operated as a single-sex school for men only. The United States government sued arguing that the institution admission policy violated the Equal Protection Clause of the Constitution. A proposal was offered. A separate but supposedly equal school would be offered to women so that VMI would continue as male-only.

Judge Motz strongly opposed the idea, but she again found herself in the minority. In a dissenting opinion, she wrote, “Women need not to be guaranteed equal results, but the Equal Protection Clause does require equal opportunity, and that opportunity is being denied here.”

The case went to the United States Supreme Court where Judge Motz’s reasoning prevailed. The Supreme Court struck down VMI’s single-sex policy by a 71 majority and Justice Ruth Bader Ginsburg quoted her multiple times. Judge Diana Motz said, “I was in high clover.” She remains gratified by the verdict and the role she played in broadening educational and civic opportunities for women.

Image of Judge Motz from the UVA Law School.