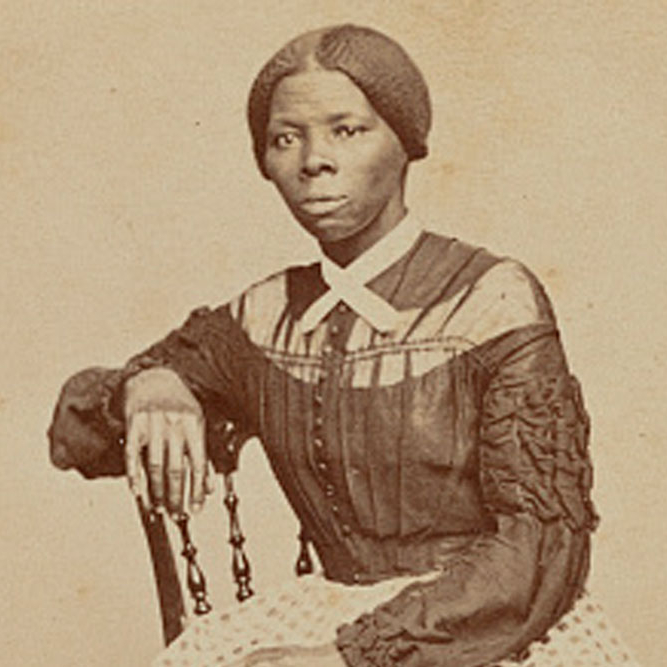 This episode of Ballot and Beyond, contributed by the Maryland Women’s Heritage Center, is adapted from a biographical sketch of Harriet Tubman written by Dr. Kate Clifford Larson. Dr. Larson is a scholar and the author of the Tubman biography, “Bound for the Promised Land: Harriet Tubman, Portrait of an American Hero.” The reader is Jean Thompson, a volunteer with Maryland Women’s Heritage Center.

Best known for her heroism on the Underground Railroad, abolitionist Harriet Tubman also was an advocate for women’s rights and equality. When interviewed at the turn of the 20th century, Tubman noted that she had been a member of “Miss Anthony’s organization,” the National Woman’s Suffrage Association. She remained in contact with many white suffragists but championed the activism of black women leaders in responding to the racism they confronted in the predominantly white National Woman’s Suffrage Association. Near the end of her life, Tubman encouraged a fellow suffragist, “tell the women to stand together…” Tubman died in 1913, seven years before women got the vote.

Ballot & Beyond is powered by Preservation Maryland, the state’s largest and oldest non-profit dedicated to public history, built heritage, and cultural landscapes.

Though she is best known for her heroism on the Underground Railroad, abolitionist Harriet Tubman also was an advocate for women’s rights and equality.

She was born into slavery in Dorchester County, Maryland, in 1822. She endured physical and emotional abuse from her various enslavers, and long separations from her family, beginning at the age of six. While a young teen, she was nearly killed by a blow to her head, when an angry overseer threw a 2-pound weight, intending to strike someone else. The injury left her with debilitating headaches and epileptic episodes featuring visions and aural sensations. Profoundly spiritual, Tubman interpreted these seizures as messages from a “Supreme Power” that guided and protected her.

Tubman escaped enslavement in the fall of 1849. With the help of a network of people who provided shelter and aid for the arduous journey, she arrived in Philadelphia. There, she worked as a domestic, earning money for her support and to fund her missions back into Maryland to free her family and friends. Over the next eleven years, Tubman liberated roughly seventy people in about thirteen dangerous trips through woods, marshes, farmland, and rivers back to Maryland’s Eastern Shore.

During those years, she met distinguished abolitionists and some of the nation’s leading women’s rights activists, including Lucretia Mott, Susan B. Anthony, and Martha Coffin Wright. In 1858, some of them helped Tubman purchase a home in Auburn, NY, from then-U.S. Senator William Henry Seward and his wife, Frances Miller Seward.  Though Tubman was considered a fugitive from the law and was at risk of re-enslavement, she spoke out against slavery and in favor of women’s rights at public meetings. She appeared at a suffrage gathering in Boston in 1860.

During the Civil War, Tubman joined the United States Army in South Carolina, marshalling widespread acclaim for her work as a spy, scout, teacher, and nurse. After the war, she asked the U.S. government for a veteran’s pension equal to that paid to male soldiers. Her request for equal pay was denied.

Tubman continued to speak at women’s rights conventions until the early 1900s. During one meeting, she spoke of the Civil War and the unrecognized “brave and fearless deeds of women who sacrificed all for their country and moved in battle when bullets mowed down men.” She asked the audience, “If those deeds do not place woman as man’s equal, what do?”

When interviewed at the turn of the 20th century, Tubman noted that she had been a member of “Miss Anthony’s organization,” the National Woman’s Suffrage Association. Tubman maintained friendships with many early suffragists as they split between two rival organizations.  The rift occurred when the 15th Amendment of 1870 enabled Black men to vote but did not secure equal rights for women. Tubman championed the activism of black women leaders in responding to the racism they confronted in the predominantly white National Woman’s Suffrage Association.

In 1896, Tubman was a featured speaker at a convention called in Washington DC to unify Black women’s groups and create the National Association of Colored Women. The audience of distinguished Black civic reformers, businesswomen, and educators filled every seat and standing room in the aisles. When she was introduced as “Mother Tubman,” the women “rose …and greeted her with the waving of handkerchiefs and the clapping of hands” in an ovation that reportedly continued for a full minute.

The Black suffragist Mary Burnett Talbert visited Tubman in Auburn, NY, during the winter of 1913, at a Home for the Aged that Tubman had raised funds to build.

Near death, Tubman urged Talbert to “tell the women to stand together, for God will never forsake us,” a message directed at the larger women’s rights community, to overcome racial animosity in pursuit of a common goal.

Harriet Tubman died a month later, on March 10, 1913, and was buried at Fort Hill Cemetery in Auburn, NY.